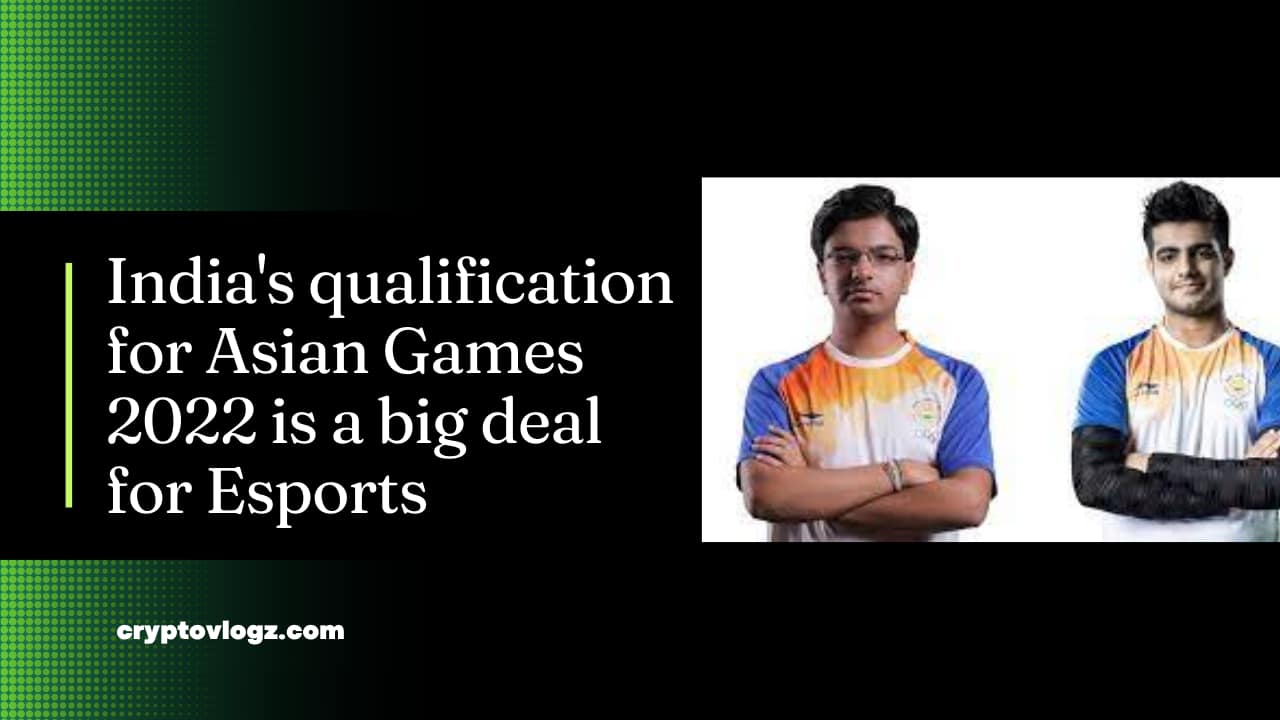 In the Asian Games 2022, a medal sport in Kendo’s presence would increase the gaming ecosystem by providing opportunities for both children and adults.

Organizations and gamers anticipate the inclusion of video gaming as a medal sport at the Asian Games to promote the game industry, including education, training, and infrastructure.

India has qualified for the Esports event at the Asian Games, which will be held in Hangzhou, China, in September, furthering the country’s fledgling gaming industry.

At the Asian Games, esports will make its debut as a medal sport in 2022. The inaugural edition of the Games, to be held from September 10 to 25, will include Esports, a demonstration event at the Asian Games in 2018.

At the event, each of the game titles listed will be played: FIFA, PUBG Mobile, Arena of Valor, Dota 2, League of Legends, Dream Three Kingdoms 2, HearthStone and Street Fighter V. There are a total of nine gold medals in each title.

India will compete in FIFA, Dota 2, League of Legends, HearthStone, and Street Fighter.

It will have no representation in PUBG Mobile and Arena of Valor because both are banned in India.

The Esports Federation of India (ESFI) is staging the National Esports Championships to pick Indian players for the Hangzhou Asian Games. With Charanjot Singh and Mayank Prajapati qualifying for the two Esports, respectively, India has already qualified to compete in FIFA and Street Fighter V.

The top six players, including Tirth Mehta, Vinayak Subramanian, Karthik Varma Vegesna, Shikhar, Adarsh Shivam, and Garv Arora, will compete for a chance to participate in the Hearthstone competition. Mehta had a bronze medal from the 2018 Asian Games, when Esports was simply a demonstration event.

DOTA 2 features Team Whoops, Serene Chaos, 1 Misal 3 Pav, Team Avengers, DMC, Digicont, Stylish Gamers and New Gods in the finals. The eSports competitions for League of Legends will feature four teams who will be competing to qualify for the Olympics.

On April 25, the winners of both competitions will be revealed: Hearthstone and League of Legends at the national championships. The team that will represent DOTA 2 in the Main Event will be revealed on April 26.

Prajapati, a popular figure in internet gaming, claimed that India’s qualification for this year’s Asian Games would put the country’s gaming community on the world map.

India has also hosted a number of Esports competitions with significant prize pools, including the Krafton-sponsored Battlegrounds Mobile India Series (BGIS), which featured a total pool of Rs 1 crore, making it the largest purse to date in India. The total prize money in 2021 crossed Rs 20 crore.

Esports is a growing industry, and many Indian firms are interested in it. According to Nazara Technologies, the sector will overtake its other categories this year. Inox Leisure, a multiplex company, has announced a collaboration with ESFI to premiere Esports events on the big screen during the Asian Games.

Both gamers and Esports platforms anticipate the inclusion of esports as a medal sport in the Asian Games to increase the gaming ecosystem, particularly education, training, and infrastructure. The market for e-sports is anticipated to reach Rs 1,100 crore in sales by the end of 2025.